Have You or a Family Member Been Charged with Assault & Battery? 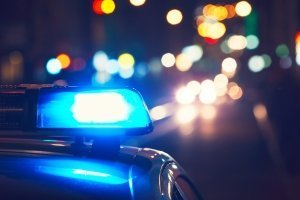 Being charged with an assault and battery related crime can be very serious.  When facing these charges, you need a well-trained criminal defense attorney to defend you during the court proceedings.  Basiga Law Firm is ready to be by your side and to construct the best defense for you.

Assault and Battery charges can be brought against you if you tried to or actually caused physical harm to another person.  Most assault and battery charges you will face are misdemeanors.  However, there are some circumstances of a case that may result in a felony charge being filed against you.

In Michigan, the penalties increase for an aggravated assault charge when serious injury is inflicted on the other person.  Serious injury can be where the victim has to seek medical treatment because of impairment or disfigurement.  Aggravated assault cases could have misdemeanor or felony charges filed depending on the severity of the injuries.  The assault and battery criminal defense team at Basiga Law Firm is ready to defend your case, contact us now.

Most assault and battery cases result in a misdemeanor charge.  Typically a misdemeanor is filed where little to no injury is caused, but offensive or hurtful contact resulted.  However, under certain circumstances felony charges will be filed instead of a misdemeanor. For example, felony charges may be brought if the victim was a law enforcement official, medical personnel, or public employee.  Felony charges in dating relationships are typically brought as the result of multiple prior convictions for similar offenses.

The Michigan law defines dating relationship with another person under the following circumstances:

A felony charge will also be filed if there was intent to murder, kidnap or rob the victim.

Receiving a conviction for a felony offense can have a major impact on your life.  There will be certain jobs you may not be allowed to hold, you may lose your right to vote, you will likely not be able to own a firearm, and you could be banned from entering Canada for many years if not your lifetime.  Do not be convicted of an assault and battery felony.  Call our experienced legal team to defend you right away.

The penalties increase depending on the circumstances surrounding the incident.  If you have already been convicted of an assault and battery offense against someone you are in a dating relationship with at the time of the crime the terms of the sentence increase as follows:

Subsequent cases could also result in felony charges being filed against you.  Anyone with two or more prior convictions connected to someone he or she is in a dating relationship with could face a felony.  When these charges are filed the punishment received for a conviction could be as follows:

The felony charges may also be filed if you injure a police officer, public utility employee, emergency personnel or other government official.  The fines if convicted start at $1,000 going up to $20,000 depending on the circumstances of your case.  Additionally, the jail time you could receive varies from five years up to 20 years.

While serving as your Okemos assault and battery defense attorneys, we will strive to reach the best result for you.  Not every case will result in a dismissal, but we can work towards a more optimum sentence with as much of a reduced penalty as possible.  Basiga Law Firm is ready to vehemently defend you today.

Assault and Battery Attorneys Defend You

Anyone who has been charged with assault and battery or aggravated assault needs to have an experienced legal team on his or her side.  The lawyers at Basiga Law Firm will build an effective defense to combat the prosecution’s case.

Contact us today for your no obligation quote to defend your assault and battery case.