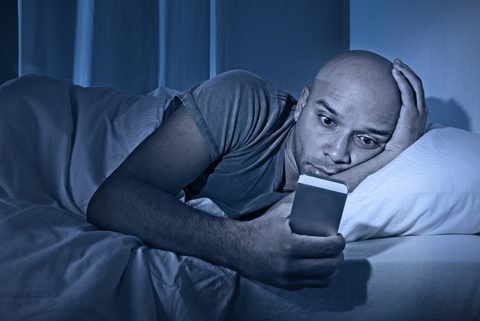 Today, many people live their lives on their cellphones. They have lists of friends, social media exchanges, work emails, and recreational apps installed on their device, which they take everywhere with them.

Because cellphones are so important today, it is important to understand your rights related to your cellphone and whether law enforcement has the authority to search it if you are stopped or arrested.

The United States Supreme Court unanimously held in the 2014 case Riley v. California that law enforcement agents cannot randomly search your cellphone without having a warrant.

In this case, the criminal defendant was stopped for expired tags. During a subsequent inventory search of the vehicle, police found guns under the vehicle’s hood. They removed the suspect’s phone from his pocket during the arrest and searched it, finding incriminating phones and videos on it. The suspect was arrested and convicted on gang-related weapons charges. However, the Supreme Court held that the search of the cellphone was illegal.

The Supreme Court stated that modern cellphones often contain private details of people’s lives on them and that suspects had a legitimate expectation of privacy of their phones. The court admitted that the ruling will make it more difficult for law enforcement to combat a crime, but explained that this was the cost of privacy.

Although this case involved California law, the Supreme Court was tasked with the duty to establish bright-line rules for police in all jurisdictions to follow during searches. The Supreme Court is the ultimate authority on Fourth Amendment searches. Its ruling impacts police procedure, including in Michigan.

When Can Law Enforcement Legally Search a Cellphone?

Although the Supreme Court said that generally a cellphone cannot be searched incident to a lawful arrest, it acknowledged certain exceptions. These exceptions include:

A warrant is generally required to search digital information stored in a suspect’s cellphone. Police submit an application for a warrant based on probable cause that a crime has been committed and that the defendant committed it.

Law enforcement can inspect the external aspect of the phone and other contents a defendant has in his or her possession at the time of arrest. Additionally, they can inspect the device so that they can determine that it cannot be used as a weapon.

The Supreme Court acknowledges that a phone may be searched without a warrant when exigent, or emergency, circumstances arise. Exigent circumstances may justify a warrantless search when the search can prevent injury to someone or can prevent the destruction of evidence.

If law enforcement asks to search a cellphone and the suspect consents, a Fourth Amendment violation does not arise.

If evidence was taken from your cellphone that leads to a criminal charge against you, it is important to contact an experienced criminal defense lawyer. The skilled attorneys at Basiga Law Firm can conduct a Fourth Amendment review of the law enforcement officer’s actions in your case. We can fight to suppress evidence that may negatively impact your case and immigration status. To schedule a confidential consultation, call us at (517) 708-7830 or contact us online.

Want to join the discussion?
Feel free to contribute!

7 Reasons You Might Have Issues Crossing the US/Canada Border

Can You Work in Canada if You Are a U.S. Citizen?
Scroll to top